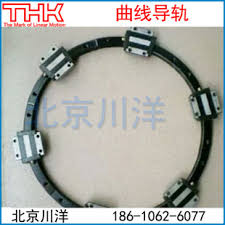 The Discovery and Utilization of Relativity Energy --A Whole New Energy Source
My theory and experiment are inspired by war battles in ancient times. Picture this scene: warriors on horseback brandishing machetes dash toward enemy infantry troops, slashing all soldiers in their path.

Suppose a horse gallops at speed a, a machete is wielded at speed b, then an enemy is slashed at speed c that puts a and b together.

If not on horseback, a warrior wields a machete directly at speed c, the energy needed will be 1/2mc2.

Suppose the mass value of the machete is 2,then the energy consumed is c2=(a+b)2. If the
speed is accelerated in two steps, with additional acceleration based on the movement of one object, the energy used is 1/2ma2+1/2mb2.

When the mass value of the machete is substituted into the equation, then energy used is a2+b2.

According to the mathematical formula (a+b)2＝a2+b2＋2ab, the amounts of energy consumed through these two accelerating ways are different, while the kinetic energy c2 achieved is the same. The 2ab of energy saved through the means of slashing enemies on a galloping horse is called, for the time being, relativity energy.

The experiment of electricity generation by harnessing relativity energy

Let's make some modifications to an ordinary generator by changing it's rotor into a small wheel with a hollow tube on the edge, and forming the magnate blocks into something like a train that runs on the circular hollow track, as shown in fig. 1 attached.

When the wheel with a tube moves in circles propelled by the dynamic system, the train formed by the magnate blocks also moves in the same direction driven by a storage battery, the second dynamic system.

Conclusion: in the experiment, the mass of te is m, the amounts of energy consumed
by the circular track and magnate train for acceleration are 1/2mv12 and 1/2mv22 respectively, while the electricity energy produced is 1/2m(v1＋v2)2. Suppose v1 is a and v2 b, then (a+b)2>a2+b2 is deduced. The 2ab is the energy gained.