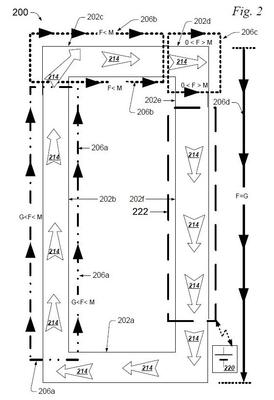 A machine has first, second and third reservoirs, first and second assemblies, and a generator.

The first assembly includes one or more permanent magnetic s and a first magnetic force sufficient to lift a magnetically attracted liquid against the force of gravity through an entrance and towards an exit of the second reservoir.

The generator produces electricity from the movement under the influence of gravity of the magnetically attracted liquid through the third reservoir for return to the first reservoir.