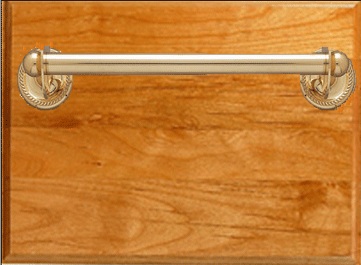 Door that goes in kitchen

I was on a local news broadcast and the news reporter said "This invention could literally be worth millions of dollars!"

The invention is built in to the wall of an existing home, apartment, etc... and when the individual opens the small door (which is disguised as a beautiful dish towel holder) and tosses the trash in it, the trash is separated and sent outside where it is stored in separate containers ( paper, aluminum, plastic, glass, ect...) even the Non-Disposable waste is collected and converted to energy. The earning potential is limitless.

When this invention was placed in a home the homeowners made over $40 the first month on the recycled materials, and did not have to pay a garbage bill, saving them even more money!

If this invention were installed in every house on just one city block (10 houses on each of the 4 sides which equals 40 homes (1 block 10 houses per side = 40) that one city block could earn revenue of about $1600.00 per month.

That's right, for that 1 city block the income per month would be a minimum of $1600.00 ($40 per house a month in recycled material times 40 houses)
I am looking for someone who has the resources to get this thing marketed, I am 54 years old and retired, but willing to sale patent application and all rights to said invention, or work with anyone having the financial resources to get this invention out there A.S.A.P.

The invention would save on much needed space that is now being wasted to use as dump sites to bury the waste (invention now makes burying waste a thing of the past) the invention could save millions of trees every year thereby reducing the depleting of the ozone layer because now no paper would ever be buried again, making millions of tons of paper that we throw away now such as phone books, newspapers, junk mail, letters, and all other forms of paper recyclable, thereby leaving trees to clean the air we breath and help to reduce the greenhouse effect on our planet. Potential to create thousands of jobs!

All trash that we are tossing in to a trash can right now, will be sent through a small chute attached to a kitchen wall and sent outside and then separated into its own container.

There is no more need for landfills which waste good land and also pollutes that land and our water, because even the non-recyclable materials are sold to a company and converted to energy (such as diapers, food, etc...)


When this invention was tested in an average home, the recycled materials were sold at the end of the month making the homeowner $40.00 plus the $20 they use to pay a trash company to pickup the trash in the past.